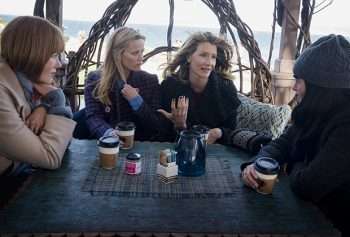 The biggest little lie about Big Little Lies? That it would only last one season. Yes, that was the plan at first, for the show to get a limited run on HBO, then disappear. The cast and crew believed it, too. Nicole Kidman told us that, when the last season wrapped, everybody was saying goodbye for good — or so they thought. (Click on the media bar below to hear Nicole Kidman)