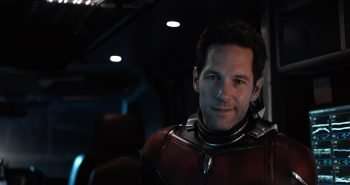 While Paul Rudd’s Ant-Man was missing from Avengers: Infinity War, you can expect him to take a bigger part (no pun intended) in the finale to the franchise’s saga, Avengers: Endgame. Rudd, who’s starred in the two Ant-Man stand-alone movies and Captain America: Civil War, told us he’s loved being part of the Marvel Universe, and he’s especially happy to be featured in the last Avengers film. (Click on the media bar below to hear Paul Rudd)