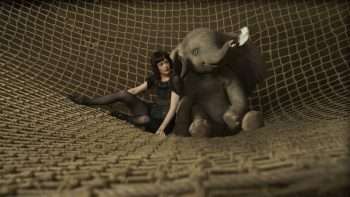 Tim Burton’s latest flick Dumbo made $45 million at the box office, and to date it has a worldwide gross of $116 million. Considering the feature cost an estimated $170 million, Dumbo is not primed to be a smash hit. That being said, it should make a profit for Disney. Us had another strong weekend, making $33.6 million and taking the second spot. Here’s the top 10: