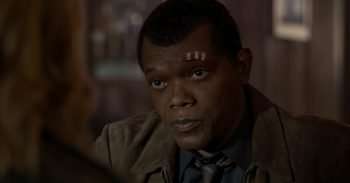 As the Hollywood Reporter recently noted, Samuel L. Jackson is now the reigning champion of Hollywood A-listers when it comes to box office numbers. Considering those totals come from well over a hundred films, he’s got quite a catalog to choose from, including two of the most successful franchises ever: Star Wars and the Marvel Universe. But if Jackson himself had to choose one favorite to watch over and over again from that vast library, which one would it be? We asked, and the answer might surprise you.