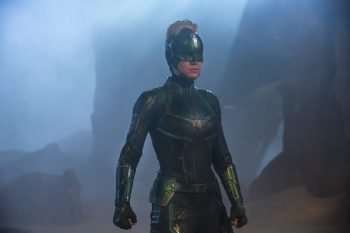 Captain Marvel was the #1 film domestically with $155 million and its $455 million worldwide take makes it the biggest opening ever for a movie toplined by an actress (the previous record holder was Beauty and the Beast with $355 million). Coming in a distant second was How to Train Your Dragon: The Hidden World. Here’s the top 10: