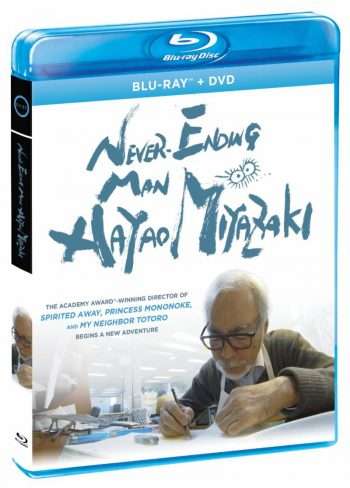 Oscar winning filmmaker Hayao Miyazaki is one of cinema’s most revered artists, and his life is spotlighted in the documentary Never-Ending Man: Hayao Miyazaki. The title comes out on Blu-ray and DVD Combo Pack April 30 from Shout! Factory and GKIDS.

The project focuses on Miyazaki’s journey on working with unfamiliar CGI technology as he creates the short film Boro the Caterpillar. The disc comes with a 70 minute version in Japanese with English subtitles and a 48-minute broadcast version with English narration (this cut comes with footage not included in the 70-minute version). The documentary received a limited release in theaters back in December.

What are your favorite Miyazaki films? Spirited Away? Princess Mononoke? Feel free to comment below!