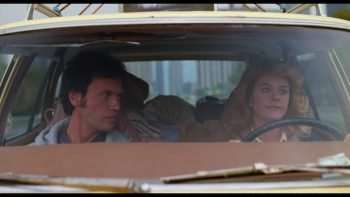 One of this month’s top Blu-ray releases is one of cinema’s most beloved romantic comedies, as When Harry Met Sally… is once again front and center thanks to Shout Select (a division of Shout! Factory).

The collector’s edition celebrates the 30th anniversary of the film’s release, and cinephiles will be treated to a 4K scan of the original negative. Although the movie is worth watching even on a grainy DVD edition, it’s great to see beautiful transfer of the Rob Reiner directed classic.

Penned by Nora Ephron, the narrative centers on the friendship between Harry Burns (Billy Crystal) and Sally Albright (Meg Ryan). They shared a somewhat uneasy (yet comical) drive as relative strangers from Chicago to New York in their early twenties, and in the ensuing decade a couple of chance encounters led to a lasting friendship (and eventual romance). Co-starring late actors Carrie Fisher and Bruno Kirby as their close friends, the picture has transcended time and weather over the years, and it also turned Harry Connick Jr. into a star (the soundtrack features Connick Jr. renditions of the “Where Or When” and “It Had To Be You”).

The disc also comes with “Scenes From A Friendship,”  a new feature that’s exclusive to 30th Anniversary Edition. For 44 minutes Reiner and Crystal reminisce, sans an interviewer, about their respective journey on the film. During the conversation, the pair get personal with their close knit relationship which started more than a decade earlier (Crystal was a guest star on All In the Family). Previous special features, including audio commentary from Reiner, Ephron, and Crystal are also featured in the collection.