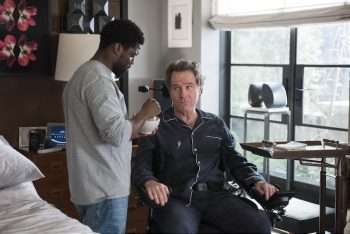 The Upside, a remake of the revered film The Intouchables, made $19.6 million to claim the top spot at the box office. Starring Kevin Hart and Bryan Cranston, the flick dethroned Aquaman, which came in second with $17.2 million. Here’s the top 10: