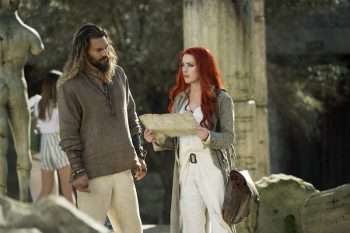 Aquaman continued its box office reign with a $30.7 million. Coming in second was the new film Escape Room which took in $18 million. Here’s the top 10: