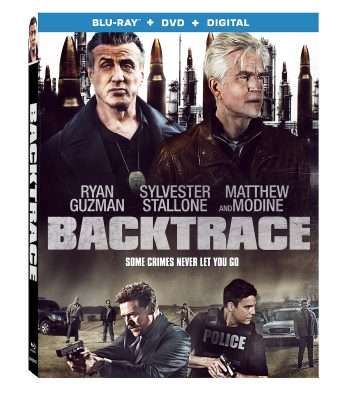 Sylvester Stallone has played his share of cops (Nighthawks, Cobra, Copland), and now he’s back as a lawman in Backtrace, an action thriller that hits Blu-ray, DVD and Digital on February 19.

The story centers on a jailed thief (Full Metal Jacket’s Matthew Modine) with amnesia who pieces parts of his life back together thanks to an experimental drug. After a prison break lands places him back into civilian life, he attempts to find the loads of cash he left behind. Stallone pays the lawman who’s out to stop him. Special features include cast and crew interviews and “The Making of Backtrace” featurette.