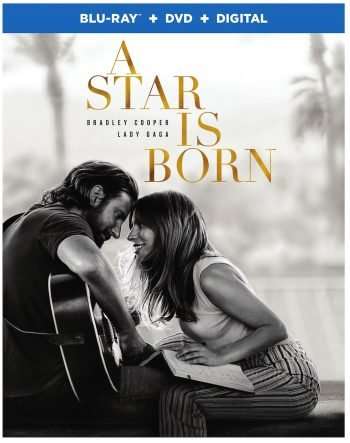 The narrative, directed by Bradley Cooper, centers on a successful music artist named Jack (Cooper) who finds a kindred soul in Ally (Lady Gaga). As Ally’s “star” continues to rise, Jack’s alcoholism and physical ailments drives him down a much darker path.

Included in the package are nearly 10 minutes of never-before-seen musical performances by Bradley Cooper and Lady Gaga which is featured in the “Jam Sessions and Rarities” special feature (“Baby What You Want Me To Do,” “Midnight Special,” “Is That Alright”). Other extras include the featurette “The Road to Stardom: Making A Star Is Born,” several music videos (“Shallow,” “Always Remember Us This Way,” “Look What I Found,” “I’ll Never Love This Way”)