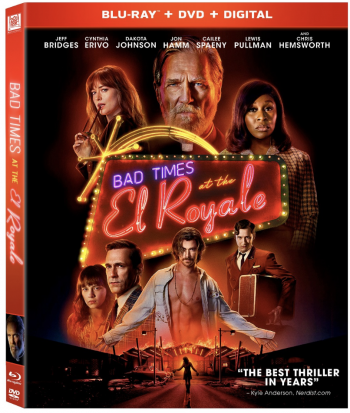 Bad Times at the El Royale, the latest film from Cabin in the Woods director Drew Goddard, hits Blu-ray, 4K Ultra HD, and DVD on January 1 via Fox Home Entertainment.

The thriller centers on seven strangers who converge at Lake Tahoe’s El Royale, a rundown hotel where all of these fates will eventually align. Jeff Bridges, Dakota Johnson, Jon Hamm, and Chris Hemsworth (who also starred in Cabin in the Woods) are among the ensemble. The feature clocks in at 141 minutes.