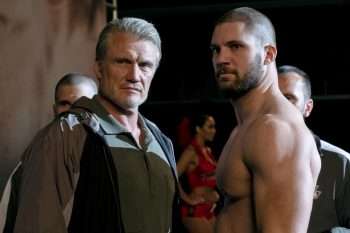 When it was decided to continue the Rocky saga by focusing on the son of Rocky Balboa’s most famous adversary, Apollo Creed, the producers needed to find an actor who could convincingly play the part. Could they find somebody who could match the intensity of the original Creed, Carl Weathers, and also look impressive in the boxing ring? In Michael B. Jordan, they certainly did. And Dolph Lundgren, who starred in “Rocky IV” and returns to the series in Creed II, says Jordan is absolutely the real deal. (Click on the media bar below to hear Dolph Lundgren)