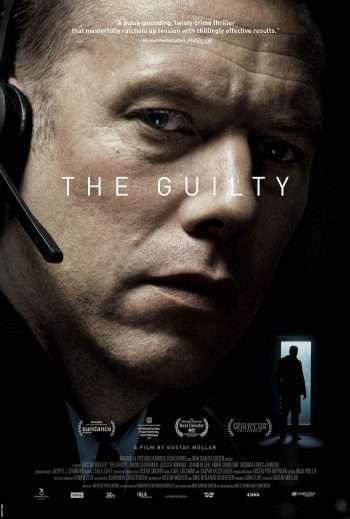 The Guilty, a Danish thriller which won the Audience Award at the Sundance Film Festival, hits Blu-ray, DVD, and Digital HD February 5 via Magnolia Home Entertainment.

Police officer Asger Holm (Jakob Cedergren, delivering one of this year’s best performances) is banished to desk work as an emergency dispatcher. Before clocking out of his night shift gig, he answers a panicked phone call from a kidnapped woman. Using his quick trigger instincts, Holm will do whatever it takes, even if it means jumping over a few bureaucratic hoops, to ensure the woman’s safety. The picture, directed by Gustav Möller, is a well written, nail-biting narrative that simply doesn’t let up, and one can assume that the film will eventually be remade in the U.S. Though reminiscent of the Tom Hardy feature Locke (both films rely heavily on phone conversations), The Guilty refreshingly stands on its own.

Special features on the disc have yet to be released, but we’ll be reviewing this title once it streets in February. Check out the trailer below and tell us what you think!