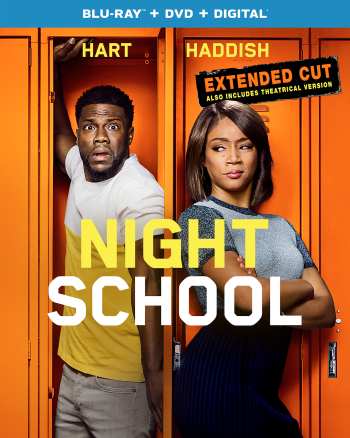 Night School, the Kevin Hart and Tiffany Haddish comedy which made over $76 million at the box office, hits Blu-ray and DVD January 1 via Universal Pictures Home Entertainment. The project centers on Teddy Walker (Hart), a salesman who is trying to get his GED and find a new job. Teddy’s keeping his night school activities secret from his rich fiancée (Megalyn Echikunwoke), but that isn’t the least of his problems. With a no-nonsense teacher named Carrie (Haddish) giving him the business and Teddy’s old rival Stewart (Taran Killam) serving as the school principal, Teddy’s education journey is headed for disaster.