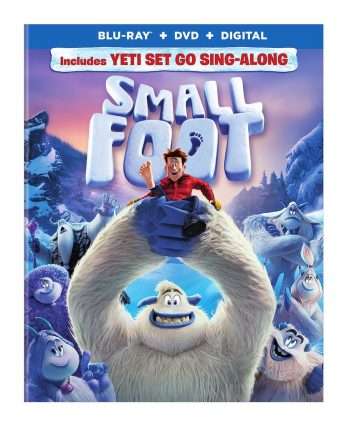 Smallfoot, an animated feature that made over $204 million in worldwide box office, hits Blu-ray and DVD December 11 via Warner Bros. Home Entertainment. The digital release is set for December 4.

The storyline centers on a young Yeti named Migo (Channing Tatum) who discovers a human being (which the fellow Yetis call the “smallfoot”) named Percy (James Corden). Along with Migo and Percy’s friendship comes the realization that there is a whole wide worlds outside the snowy village of the Yetis! Zendaya, Common, and LeBron James are among the featured voice actors in the flick.

Special features on Smallfoot’s Blu-ray version include featurettes (“Migo in the Secret of the Yeti Stones,” “Yeti or Not, Here They Come! Imagining Smallfoot”), music videos (“Finally Free,” “Moment of Truth,” “Wonderful Life: In 28 Languages, Sung Around The World”), a sing-along segment, and theatrical promos. The DVD version contains the “Yeti or Not” featurette.