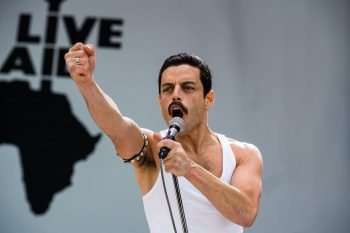 Rami Malek is receiving praise for his work as Queen frontman Freddie Mercury, and Bohemian Rhapsody is riding on that acclaim as it debuted at the #1 spot with $50 million. Fellow newcomer The Nutcracker and the Four Realms was far behind at #2. Here’s the top 10: