‘The Predator’ Targets Blu-Ray And DVD Release In December 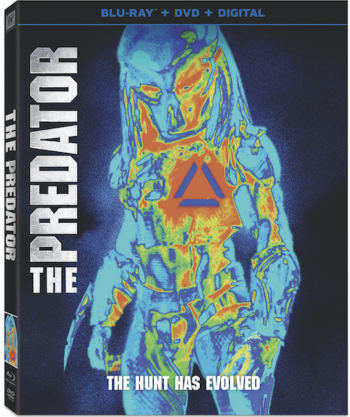 The Predator, starring Sterling K. Brown (This Is Us) and Boyd Holbrook (Logan) , hits Blu-ray and DVD December 18. Movie buffs who can’t get enough of the franchise can also purchase the Predator 4-Movie Collection, which features Predator, Predator 2, Predators, and The Predator. The flick’s digital release is set for November 27.

The Predator centers on a group of ex-soldiers (led by Holbrook) and an evolutionary biology professor (Olivia Munn) who are attempting (probably in vain) to stop the universe’s most lethal hunters from ravaging the human race. Shane Black, whose credits include Kiss Kiss Bang Bang and Iron Man 3, directs the flick.

Special features include deleted scenes, a gallery, and several featurettes (“A Touch of Black,” “Predator Evolution,” “The Takedown Team,” and “Predator Catch-Up.”

Are you a fan of the Predator franchise? What’s your favorite installment? Feel free to comment below.