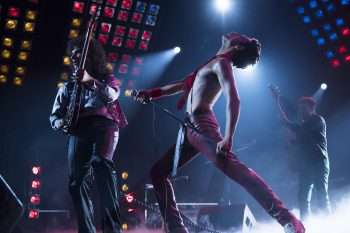 Bohemian Rhapsody traces the rise of British rock band Queen and tells the story about its flamboyant front man, Freddie Mercury. During its heyday with Mercury at the mic, the band recorded 15 albums and scored 12 Top 20 singles, including a couple — Crazy Little Thing Called Love and Another One Bites The Dust — that went all the way to Number 1. But it’s been 27 years since Mercury’s death, and nearly as long since the band’s last hit. So why do people still care enough about the band for people to want a movie? Rami Malek, who stars as Mercury in Bohemian Rhapsody, says it’s because the songs are timeless tunes that speak directly to people’s hearts and souls.