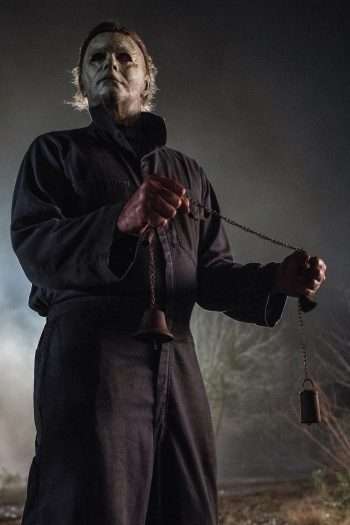 Halloween was the #1 film over the weekend with a $32 million take, easily beating out A Star Is Born (#2, $14.1 million). The Gerard Butler submarine film Hunter Killer had a disappointing debut with just $6.6 million and a fifth place finish. The top 10: