‘The Nun’ Conjures Up Blu-Ray and DVD Release In November 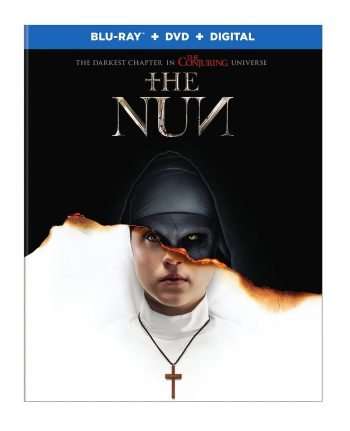 The Nun, one of this year’s biggest hits with a worldwide box office take of $361 million, hits Blu-ray and DVD December 4 via Warner Bros. Home Entertainment (the digital release is set for November 20).

The project, which is the fifth film to spotlight The Conjuring universe, centers on a priest (Demian Bichir) and novitiate (Taissa Farmiga, sister of The Conjuring actress Vera Farmiga) are sent to Romania to investigate an abbey where a young nun committed suicide. The narrative also provides a deeper look into Valak, the demonic nun featured in The Conjuring 2. Corin Hardy (The Hallow) is the film’s director, with Gary Dauberman (he also penned Annabelle) serving as the screenwriter.

Special features include 10 minutes of deleted scenes and the featurettes “A New Horror Icon,” “Gruesome Planet, and “The Conjuring Chronology.”