Animated Tale ‘Maquia: When The Flower Blooms’ Hits Blu-Ray And DVD In February 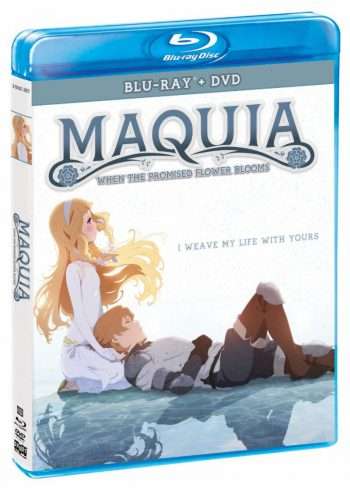 The critically acclaimed film Maquia: When The Flower Blooms hits Blu-ray, DVD, and digital download on February 5 via Eleven Arts Anime Studio and Shout! Factory. Marking the directorial debut of screenwriter Mari Okada (The Anthem of the Heart), the feature is also composed by Kenji Kawai (Ghost in the Shell, Ip Man 3).

The storyline centers on Maquia, a member of an ageless clan named the lorph. Understandably advised not to fall in love with anyone outside of their group, Maquia discovers an orphaned baby named Arial during a trip into the mortal realm one evening. Maquia: When The Flower Blooms was awarded Best Animated Film at the Shanghai International Film Festival and Best Film for Fantastic Discovery at Spain’s Sitges Film Festival.

Special features included trailer promo videos, TV commercials, and a 25-minute feature titled “Making of Maquia.” Check out the trailer below, and if you don’t feel like shedding a tear, then you’re probably made of steel!!