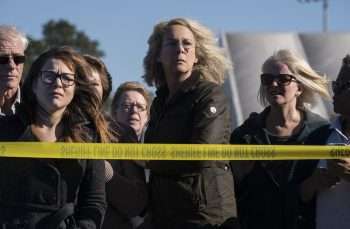 Halloween was the resounding #1 over the weekend as it made $77 million, making Michael Myers (and Jamie Lee Curtis) this weekend’s box office king and queen. Coming in a distant second was A Star Is Born with $19.3 million. Here’s this weekend’s top 10: