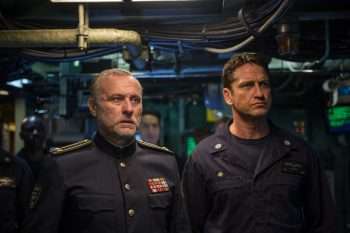 “I loved it immediately,” said Butler. “Classic script. Great action. Very involved, detailed plot. Fantastic characters and heroes from all different walks of life. Between the Army, the Navy, the Russians – it was such a well put together story”

Click on the media bar to hear why Butler, who also produces the film, believes Hunter Killer is a timely story.