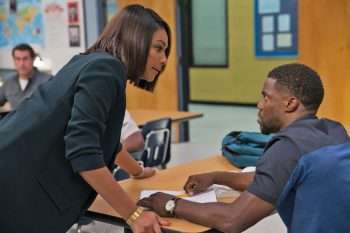 Night School, headlined by Tiffany Haddish and Kevin Hart, was the #1 film of the weekend, followed closely behind with the animated film Smallfoot. Coming in third was The House With A Clock In Its Walls ($12.5 million). This weekend’s top 10: