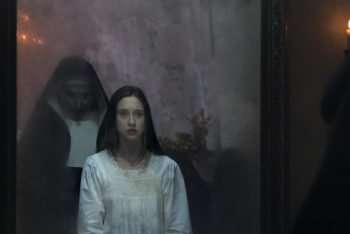 The Nun had a record breaking debut at the box office with a $53.5 million showing and a first place finish, making it the best opening for a movie under The Conjuring universe (the top earner was The Conjuring, which took in $41.8 million during its 2013 debut). Coming in second was Crazy Rich Asians was $13.6 million. Here’s the top 10: