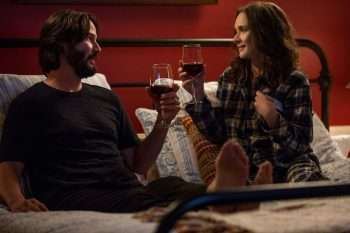 Winona Ryder has worked with Keanu Reeves before in Bram Stoker’s Dracula and A Scanner Darkly, and now the pair team up for the romantic comedy Destination Wedding. The picture is directed by Victor Levin, the writer/filmmaker behind the underrated romantic drama 5 to 7.

Ryder, who has received raves for her work on Netflix’s Stranger Things, talked about her special bond with Reeves. “I’ve been so lucky in my life that I’ve worked with so many great actors,” said Ryder. “But there is something very special with Keanu – there is a trust there and a feeling that I’m protected and safe. It’s not like he’s playing safe. He’s constantly surprising me. To know that someone has your back like that – it can be rare.”

Click on the media bar to hear Ryder talk about her character in Destination Wedding: