‘Sicario: Day of the Soldado’ Hits Blu-Ray In September 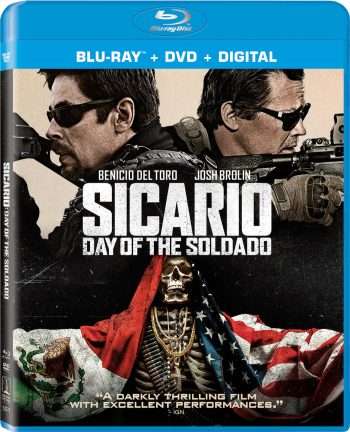 This time out CIA operative Matt Graver (Brolin) is given the green light to wage war against Mexican drug cartels who may be responsible for smuggling terrorists across the order. Graver’s black operative Alejandro (Del Toro) and fellow operative Steve Forsing (Jeffrey Donovan) are also part of the operation which includes kidnapping a drug lord’s daughter (Transformer: The Last Knight’s Isabela Moner). When their operation goes sideways, Matt and Alejandro find themselves on opposite sides, thereby threatening their once solid partnership.

Special features on the Blu-ray include the featurettes “From Film to Franchise: Continuing the Story,” “An Act of War: Making Sicario: Day of the Soldado,” and “The Assassin and the Soldier: The Cast & Characters.”