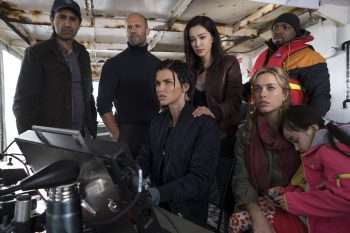 The Meg debuted to a strong weekend with $44.5 million, and internationally the shark flick took in $97 million. Coming in a distant second was Mission: Impossible – Fallout. Here’s the top 10: