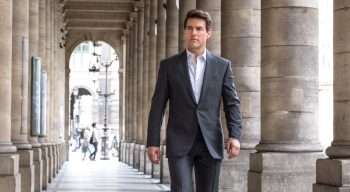 Mission: Impossible – Fallout continues to do the impossible, as its $61.5 million weekend debut not only made it the #1 film domestically, but it also broke the previous weekend holder of the franchise (Mission: Impossible II made $57.8 million in 2000). Mamma Mia! Here We Go Again was a distant second with $15 million. Here’s the top 10: