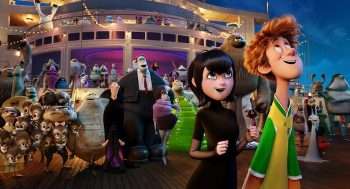 Hotel Transylvania 3: Summer Vacation was the #1 film over the weekend, as it debuted with a hefty $44.1 million. Ant-Man and the Wasp had another strong outing with $28.8 and a second place finish while Dwayne Johnson’s Skyscraper debuted at a disappointing third with $25.4 million. Here’s the top 10: