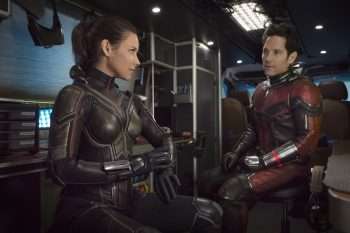 It’s good to be Marvel these days, as Ant-Man and the Wasp buzzed its way to a $76 million weekend, followed by a distant second with Incredibles 2. Unfortunately Sicario: Day of the Soldado witnessed a 61% drop all the way down to fifth place in just its second weekend ($7.3 million). Here’s the top 10: