Kiersey Clemons Sings From The “Heart” With Latest Movie 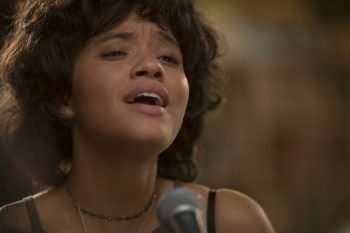 Hearts Beat Loud centers on Frank (Nick Offerman), a record store owner who tries to start a band with his daughter Sam (Kiersey Clemons). Unfortunately Sam is spending her last summer in Brooklyn before heading off to UCLA, so playing music with her dad is not her #1 priority. Sasha Lane co-stars Sam’s supportive girlfriend Rose.

“You don’t get to see someone like Sam on screen often,” said Clemons. “It’s interesting when you read something and you’re like ‘oh wow, this movie is going to be made, that’s really cool – I want to see that.’ But I actually get to be in it. And the music was obviously exciting.”

Click on the media bar to hear Clemons talk about how she developed her chemistry with co-star Sasha Lane in the feature (she mentions Hearts Beat Loud director Brett Haley in the clip):