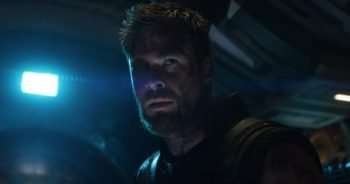 As expected, Avengers: Infinity War easily bested the competition with a $112.5 million weekend. This amazing figure ranks it the second highest grossing film during its second weekend, with Star Wars: The Force Awakens retaining the top spot with $149 million. Overboard came in second with a solid $14.75 million and A Quiet Place was a distant third with $7.6 million. Here’s the top 10: