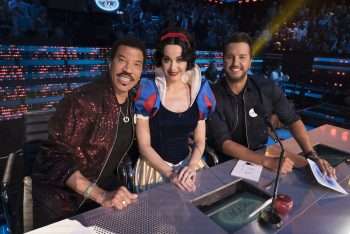 Between the two of them, Katy Perry and Lionel Richie have had 14 No. 1 hits on the Billboard Hot 100, so they know what it takes to make it to the top. But both of them had very different experiences. Richie’s career got started in the pre-MTV era, when it was incredibly difficult for new artists to get exposure. Perry, of course, came to fame just as social media was starting to become a cultural force. Because of that, now anyone can try to get exposure, but with so many competing voices out there, it’s hard to stand out. And that’s why they say American Idol is still one of the most effective ways of finding new talent. (Click on the media bar below to hear Katy Perry & Lionel Richie)

American Idol airs live on Sunday nights across all time zones, starting at 8 ET and 5 PT.