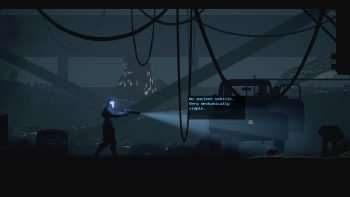 The Fall, the acclaimed sci-fi noir that was released in 2014, is headed to Nintendo Switch’s eShop on May 10. The storyline has players taking on the role of ARID (Armoured Robotics Interface Device), the artificial intelligence behind a combat suit. With the human pilot rendered unconscious, ARID must navigate through a mysterious and dangerous environment while trying to find a way to keep the pilot alive and kicking. Along with its shadowed and haunting aesthetic, the title is infused with puzzle solving and side-scrolling action moments

“I can’t wait for Nintendo Switch players to finally experience The Fall,” said Creative Director and Over the Moon Founder John Warner. “For those players that enjoyed The Fall Part 2: Unbound, this is where it started. For everybody else, now you have two deep, narrative sci-fi experiences to dive into.”

Being awarded “Best Story” by the gaming site Giant Bomb is also a notch in the cap for The Fall, so expect a ton of Switch users to gravitate to this title as soon as it comes out. Check out the trailer below and tell us what you think!