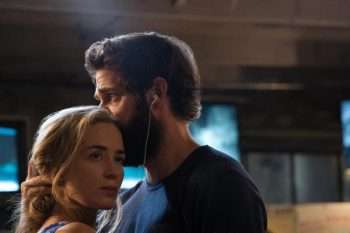 A Quiet Place regained the top spot in its third weekend with $22 million as it narrowly beat out Dwayne Johnson’s Rampage which came in at #2 with $21 million. Directed by John Krasinski, A Quiet Place has made over $207 million worldwide. Amy Schumer’s latest comedy I Feel Pretty debuted at #3 with $16.2 million. Here’s the top 10: