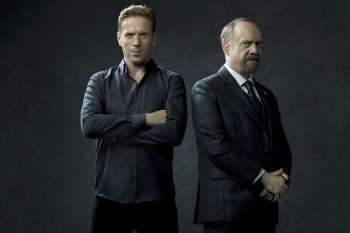 Billions specializes in gripping drama. The story of a high-stakes financial cat-and-mouse game between a venture capitalist (Damian Lewis) and the federal attorney who’s trying to bring him down (Paul Giamatti) has thrown some amazing twists and turns our way, resulting in some truly surprising moments. What isn’t surprising, though, is the intensity of the two actors. Lewis and Giamatti both bring their “A-games” to the series, and when the two of them meet in their rare shared scenes, the results are incredible — and both actors can sense that something special is going on.  (Click on the media bar below to hear Damian Lewis & Damian Lewis)