Blu-Ray Spotlight: ‘Murder on the Orient Express’ Scores On All Fronts 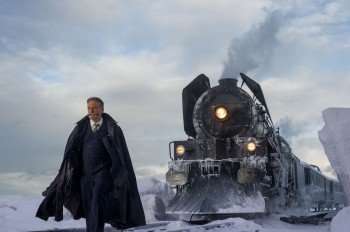 The age of physical media may be going the way of the dodo bird, but there are still legitimate cases to be made for having an extensive Blu-ray collection. Streaming your films may be wonderful if your internet never gets laggy, but from my perspective having a disc handy, especially with first rate features, is absolutely necessary.

Murder on the Orient Express, ambitiously directed by Kenneth Branagh (who’s also convincing as Hercule Poirot), is an absolute visual stunner. Branagh brings his underrated cinematic scope (for examples, check out his flicks Hamlet and Thor) into Agatha Christie’s immersive world, as Poirot investigates the passengers on a train where someone was recently murdered.

Boasting an all-star cast that includes Daisy Ridley, Penelope Cruz, and Michelle Pfeiffer (delivering the film’s most standout performance!), Murder on the Orient Express is a must-have if you love watching a beautifully mounted production that’s anchored by first rate stortyelling.

Click on the media bar to hear Daisy Ridley talk about what makes Murder on the Orient Express a unique film:

Murder on the Orient Express also boasts an array of special features, but the crown jewel of the extras are its deleted scenes. The 16 minutes worth of extra footage brings a more comedic element to the proceedings, as Poirot’s obsessive grooming is played for laughs. Also included is a surreal montage sequence which Branagh cites as an homage to the Salvador Dali scene in Spellbound. Last but not least, there is an extended section at the Arasta Bazaar which introduces all the major players of the film (the final scene is much more brisk). The extras also include several featurettes (including a spotlight on Agatha Christie and the music behind the film) as well as commentary from Branagh and screenwriter Michael Green.

Directed and penned by Daniel Roby, Most Wanted centers on Daniel Léger (Antoine Olivier Pilon), a drug addict who becomes the victim of a...
Read more