‘Star Wars: The Last Jedi’ Takes In Whopping $220 Million At The Box Office 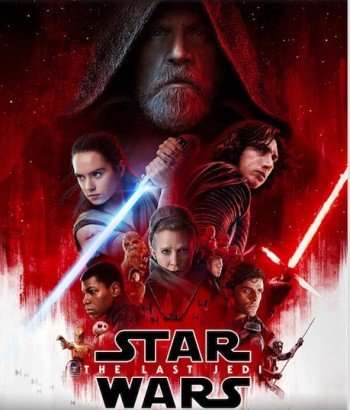 The force was strong with Star Wars: The Last Jedi, as the flick took in $220 million, an opening figure that was only surpassed by December 2015’s release of Star Wars: The Force Awakens. Coming in light years behind was the animated flick Ferdinand with $13.3 million. Here’s the top 10:

5. Justice League – On the heels of Wonder Woman’s success, this flick has performed below expectations. It earns $4.1 million this weekend.

7. Thor: Ragnarok – Budgeted at $180 million, this Marvel flick has amassed over $306 million domestically. This weekend it collects $2.9 million.

10. Lady Bird – Indie darling, directed by Greta Gerwig and headlined by Saoirse Ronan, rounds out the top 10 with $2.1 million