‘The Gong Show’ Returns, And Its New Host Is A Real Character! 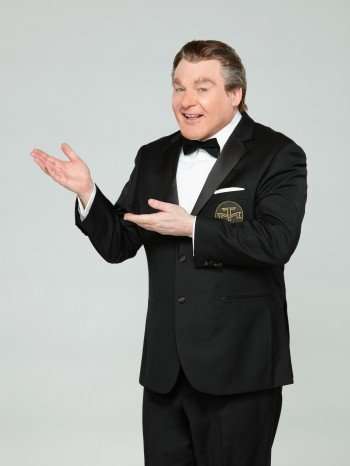 The 1970s were undoubtedly the golden age of the game show. Along with established classics like Jeopardy, Password, The Dating Game and The Newlywed Game, the decade brought us memorable shows like Match Game (which is currently enjoying a reincarnation on ABC), Jokers Wild and Tic Tac Dough.”But no ’70s game show epitomized the decade quite like The Gong Show. If you’ve never seen it, think of it as a cross between America’s Got Talent and some of the worst American Idol auditions — people performed outrageous acts before a celebrity panel, who could stop any performance by hitting a gong when they couldn’t take any more.

Well, guess what. The Gong Show is returning to television. Will Arnett is producing, and replacing the late Chuck Barris as host is a newcomer named Tommy Maitland. Except he’s not really a newcomer — he’s actually a Mike Myers character! Myers will be hosting the show in makeup and in character, and he’s even promoting the show as his alter ego. Get a look at Maitland as he gives his own explanation of the show.