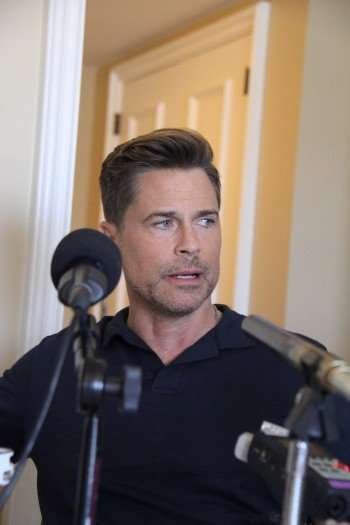 Whether it’s film (Bad Influence, Monster Trucks) or television (Code Black, The West Wing), Rob Lowe has managed to carve out a busy career in both mediums. Initially skyrocketing up Hollywood’s A-list as part of the “Brat Pack,” Lowe has seen his shares of highs and lows during his journey, and during the interviews for his latest film How to be a Latin Lover he was asked if he feels more comfortable in his own skin.

“The answer is yes, yes, and yes,” said Lowe. “For me it was being in recovery. Getting sober. I mean that was the game changer for me. It will be 28 years (on) May 10th. I just grew up and learned to the extent anybody can learn how to handle this insane business, because all of our flaws are also our strengths. All the things that make us great are also the things that make us not great. It’s a really complicated mix, being an artist and I don’t like using that term because that sounds so highfalutin. But we really are craftsmen. We build things. That’s what we do. We have a toolbox and it’s different for different movies.”

During our interview with the actor, he had his share of memorable stories to share. Click on the media bar below to hear Rob Lowe recount his literally painful audition for Footloose!

How To Be A Latin Lover, a comedy which has Lowe playing a gigolo, opens nationwide April 28.