Sam Worthington Connects With “Great Filmmaking” Of ‘The Shack’ 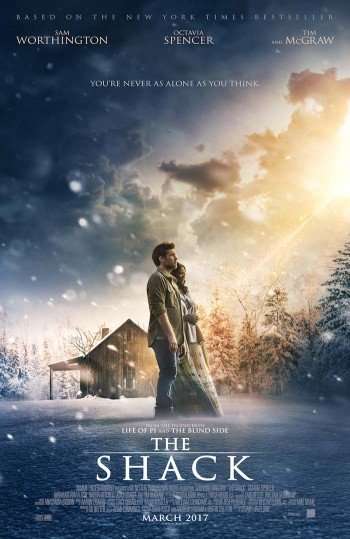 Based on the New York Times bestselling book, The Shack centers on Mack Phillips (Sam Worthington), a man who’s struggling with his faith. After receiving a mysterious letter that leads him to an abandoned shack in the Oregon wilderness, Mack goes on a life changing journey spurred on by three strangers.

Though the movie should appeal to fans of faith based dramas, the project, from Worthington’s perspective, has universal appeal. “I liked the fact that the story could connect to you even if you weren’t religious or you weren’t spiritual,” says Worthington who starred last year in the Mel Gibson directed Hacksaw Ridge. I think there are still ideas and arguments that were proposed in the book and the script that we deal with every day or have thought of at least in our lifetime. Just to go into that journey of exploration I thought would be a challenge.”

Click on the media bar to hear Worthington explain why he sees The Shack as “great filmmaking.”

George Lucas Takes Us Back To ‘Indiana’