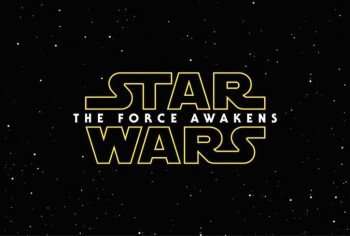 The original Star Wars film was the movie of a generation for many a young moviegoer in the ’70s and the sequels Return of the Jedi and the Empire Strikes Back did nothing to tarnish the legacy. As adults, we’ve passed our love for the original trilogy down to a new generation and with Star Wars: The Force Awakens the younger generation has a film worthy of passing along to film lovers who come after them.

Fittingly, the J.J. Abrams-directed film delves into family and there’s a little something for everyone. Fans of the original series of films in the franchise will cheer out loud for the winks and nods to past plotlines. The movie takes place 30 years after the events of Return of the Jedi and each elder central character’s initial appearance onscreen serves the storyline while delivering the kind of entrance befitting of such iconic characters.

Meanwhile, we get a group of well-drawn new characters as well who drive the action in this film and set the stage for future installments. We’re first introduced to Poe Dameron (Oscar Isaac), a heroic fighter pilot who’s charged with getting intelligence about the whereabouts of the missing Luke Skywalker back to the Resistance. Dameron is joined on his adventures by a droid named BB8, a soccer ball-looking bleep-inducing cohort who charms more than annoys. After Poe is captured by the First Order, who are hoping to vanquish Skywalker, he’s tortured by a masked, “force”-using villain named Kylo Ren (Adam Driver) and later freed by a storm trooper with a conscious given the name of Finn (John Boyega) by Dameron. The final new character of note is a principled scavenger named Rey (Daisy Ridley) who crosses paths with BB8 and Finn while the First Order forces are trying to track them down. Finn serves as reluctant hero and comic relief, delivering some of the film’s funnier moments. Rey is the more courageous voice of reason in their journey. Meanwhile, Kylo Ren has been seduced to the dark side, but we’re led to believe he’s conflicted.

At the heart of the film is the search for Luke Skywalker (Mark Hamill). The First Order wants to vanquish the last Jedi while the Resistance needs his help to ensure their future. Little by little, Finn, Rey and BB8 build their base of allies, first with Han Solo (Harrison Ford) and Chewbacca and later reuniting with Dameron as well as Princess Leia (Carrie Fisher). Realizing the First Order is too powerful and will eventually be able to eliminate them as they have done to other allies, the Resistance takes the fight to them before they are destroyed.

We get showdowns that fans have clamored for, we get light saber battles that play out with emotion and vitality rather than looking like choreographed dance moves and we get lots of battles and explosions. There’s the classic John Williams score and some of the set pieces and locales are visually interesting to the eye. It’s the little things of the Star Wars universe that wowed us as a kid and still keeps us enthralled today while no doubt making a new generation of fans in the process.

Without giving away any spoilers, just know that the film is all about the adventure and the relationships formed. None of it feels forced or stiff and the film flows at a pace with few lulls.  Abrams and fellow filmmaker Lawrence Kasdan penned a script with plenty of knowing nods for longtime Star Wars fans, but it’s done in such a manner that those who have not combed over every minor detail of the Star Wars universe can still enjoy and be entertained without having to look up every reference. After watching Star Wars: The Force Awakens, our love for the franchise has awakened once again and the anticipation level for future chapters should once again be at a fevered pitch.

With A New Colin Firth Film, The...

The new film Made in Italy us about a man and his son who work together to restore a house they've inherited in the...
Read more