Jennifer Lawrence: ‘Hunger Games’ Has Been Food For Thought 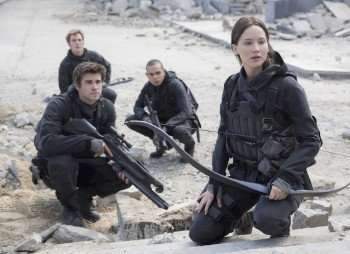 The Hunger Games franchise has turned Academy Award winner Jennifer Lawrence into a worldwide star and one of the most in demand actress working in movies today. Although she’s also taken part in the X-Men franchise and has garnered critical acclaim for American Hustle and Silver Linings Playbook, she still hold starring in The Hunger Games franchise close to her heart. And with The Hunger Games: Mockingjay – Part 2, the final chapter of the franchise, Lawrence is pleased that the franchise’s themes have sparked a healthy share of conversation among moviegoers.