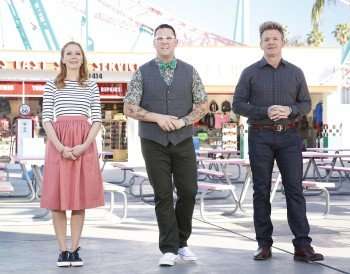 MasterChef is one of the most addicting cooking shows on television. You don’t have to be a cooking fan in order to enjoy the show, as the personality of the judges and contestants always seem to shine through. While many other cooking shows have tried to mimic the success of MasterChef, it’s hard to beat the original.

There are many reasons why MasterChef has been so successful, l but Gordon Ramsay believes it’s the judges’ hands on approach with amateur chefs that places the series high above the fray. (Click on the media bar below to hear Gordon Ramsay)
MasterChef airs Wednesday nights 8/7c. on FOX.