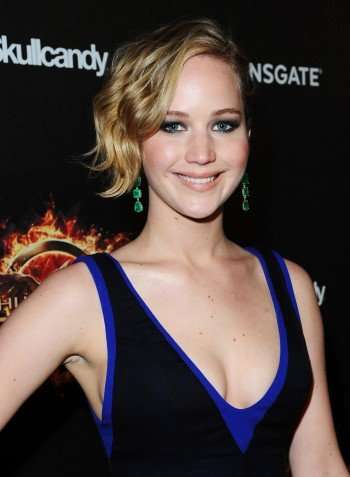 Just like the Twilight and Harry Potter movie series, The Hunger Games finale is being split up into two parts, and The Hunger Games: Mockingjay Part 1 will be in theaters just four short months from now, on November 2.

As was the case with those other finales, the film is in two parts because the book it’s based on tells a much grander tale than the previous two. Oscar-winner Jennifer Lawrence (who plays Katniss Everdeen) told us Mockingjay will play even bigger on the big screen, and we’ll get to see much more of the capital than ever before. (Click on the media bar to hear Jennifer Lawrence)