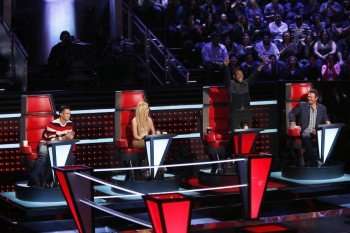 Adam Levine, now in his sixth season as a coach on the NBC hit music competition series, The Voice, has quickly become one of television’s most beloved judges. Levine had no prior experience mentoring talent, so he has had to learn on the job. Levine says he has learned a lot from working with his fellow coaches on the show.

The Voice airs Monday and Tuesday nights on NBC.
Find Us On Facebook: Hollywood Outbreak