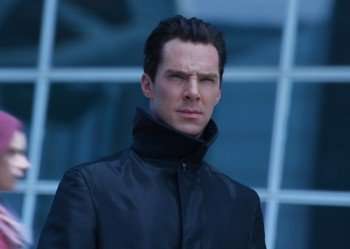 Last summer, Benedict Cumberbatch gave a great performance as Khan in Star Trek Into Darkness. The film is one of the biggest grossing movies of the year so far pulling in over $228 million.  Star Trek 3 has now been green lit as a result of its success.

While director/producer J.J. Abrams will not be directing the next film (he is concentrating on directing the new Star Wars franchise), he will still be producing Star Trek 3. Also, many are already wondering if we will see the character Khan in the next film. While rumors have been floating around that we will be, Cumberbatch told us those are just rumors, but that he would like to return to reprise the role. (Click on the media bar below to hear Benedict Cumberbatch)