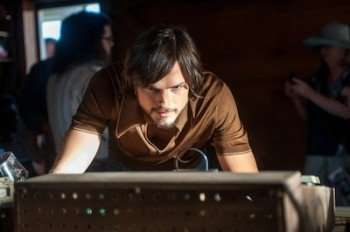 Ashton Kutcher is a self avowed tech geek himself and during his earlier years he dreamed of becoming a biochemical engineer, so portraying late innovator and Apple co-founder Steve Jobs in the biopic Jobs may have been the natural fit for the Two and a Half Men actor.

From doing his share of research on Jobs, Kutcher came to his own conclusions on the visionary. “I actually think some of the things Steve Jobs gets criticized for were the very gifts that allowed him to create what he did,” said Kutcher. “And I think that blunt focus actually came out of care for the consumer and the product he was creating.”

Click on the media bar to hear Ashton Kutcher talk about Steve Jobs as a person, and director Joshua Michael Stern also explains why Kutcher was perfect for the role as Jobs (the movie opens August 16).